Guess what Grimm guys and gals? It’s time for more otome! Yay! I am continuing my adventures with Enchanted in the Moonlight an otome game created by Voltage Inc. I am playing it on my tablet and downloading the game off of the Google Play store. For more information on pricing and a more in depth look at the storyline (as a whole) please refer to my first post Enchanted in the Moonlight: Shinra.

So far I have played (including Miyabi) five of the available seven main storylines. Exciting! I’m also still working on my True Love, Sweet Lies characters, but I have farther to go with that game. Once I finish Enchanted in the Moonlight I will be picking up a new otome game. Basically I will always be working on two games at once. I’ve already got some possibilities for my next game lined up! With all that in mind it’s time to do a brief recap of the storyline and then dive into Miyabi’s main story.

Enchanted in the Moonlight centers around our MC who as it would turn out has special blood/powers that are only seen once in a 1,000 years. While she is 100% human she does have the ability to make ayakashi much more powerful and if she were to have a child with one of them that child would be insane on the power level. In light of this basically all the ayakashi are after her. Some of them wanna jump on it; some of them want to eat her.

In the end she is offered a deal between herself and some of the top dogs in the ayakashi world. She can agree to marry one of them and have their baby and they will protect her from the demons or she’s on her own. She takes the deal.

Miyabi is a fox demon with a weakness for inari sushi and let me just say he lives up to is fox persona. He’s a total perv! Hahaha but I’m going to be 100% honest with you I sort of love him because of that!

While Miyabi is proud of his pervert status I found his backstory to be really interesting. I think out of all of the storylines I’ve played so far his backstory is my favorite. I honestly didn’t see it coming. Miyabi at first seems very full of himself and conceited. I wouldn’t say he’s a full on jerk or anything like that. It’s more like he’s that guy who brags and you find yourself rolling your eyes but chuckling slightly at the same time.

It never occurs to him that the MC wouldn’t want to be with him because as he basically sums it up he’s hot, strong, and smart. When he finds out the MC has a little crush on her human boss Taro he literally can’t wrap his brain around it. How can she even be thinking about this guy when he’s standing right next to her in all of his fox demon glory?! It’s pretty hilarious.

While he is very full of himself I was happy to see he wasn’t super belittling to the MC. While he calls her idiot it’s not in a harsh way but more of a teasing and endearing way. While he has no probably when it comes to talking sex he is pretty shy when it comes time to express his feelings on liking someone. He’s basically the Robin from How I Met Your Mother of the otome world.

From this point on I will be moving into some spoilers about Miyabi’s backstory.

While Miyabi seems incredible self-confident and full of himself the MC soon discovers that it’s a bit of a front due to his past. It turns out that he is actually only half ayakashi. His mother was a human and his father was a fox demon and while it isn’t against the rules for ayakashi to marry humans, it is frowned upon. Since it is frowned upon there is a big stigma surrounding any child conceived from this union.

It kind of reminded me of how pureblood look down on half-bloods or muggle born in Harry Potter. Miyabi had to become super self confident in himself in order to survive being looked down upon by everyone in his village. He felt like he needed to be strong in order to protect himself and prove that he belonged.

However even though he is now in line to be the head of the clan he still feels out of place. It is hard for him to get close to people or rely on people because he still feels he isn’t good enough and that the people around him don’t accept him for what he is.

I thought this storyline gave good insight into the ayakashi world and that Miyabi’s character was able to develop throughout the story. I felt like there was good chemistry between him and the MC and his development was gradual enough that it didn’t seem forced. This storyline had really great pacing.

As for who the bad guy or guys in this storyline are/is, I won’t spoil that for you. I will say that from the get go I suspected both Taro and Iumi as the possible culprits. I won’t tell you if it was both of them or one of them though, you’ll just have to play the game!

I loved Miyabi’s main route! I will tell you right now that out of all the characters I have played for this game his route is by far the steamiest. For real Miyabi is a go-getter, so be prepared for that. If you are a fan for the more gradual build up than Miyabi might not be the route for you because Miyabi is absolute not gradual. He is himself through and through from the very beginning and very proud of his sexual prowess.

I really enjoyed playing this route and recommend trying it out! If you’ve played this route below comment below with your thoughts J Just a reminder I have only two more routes to go. How will be next? 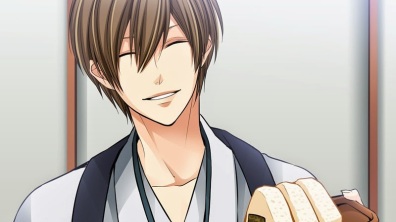 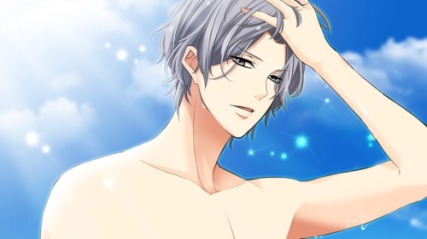 I do not own any of the above images

10 thoughts on “Enchanted in the Moonlight: Miyabi”