Sorry for the small delay everyone! I have recently gotten a lot better about posting daily but with the school year winding down (if you remember my day time job is teaching!) I’ve been super swamped! Hopefully the rest of the week I can get back on track and work towards a post a day again.

Today’s post will be anime geared (sorry style fans) and will continue with our 30 Day (week) Anime Challenge. If you didn’t catch the beginning of this challenge check out my first post 30 Week Anime Challenge where I started out with the first anime I had ever seen and work your way up. 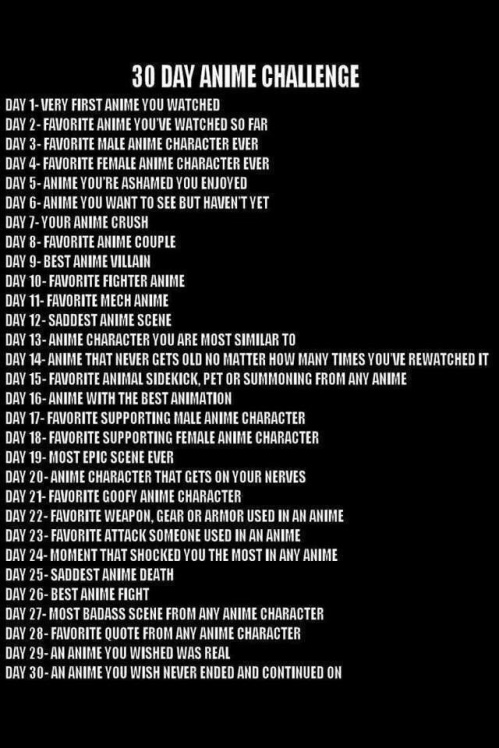 We’re on day (week) 14, which means I’m going to name the anime that never gets old no matter how many times I watch it. I’ll be honest there are a few anime shows I could chose that would fit the bill for this but I have decided to go with….

If you have never heard about this show I’ll do a brief overview to hook you in.

The story centers around Haruhi a poor student who has been accepted through a scholarship to attend a very prestigious private high school. When we’re first introduced to Haruhi we see a student in the male student uniform who looks like a nerdy boy. Haruhi is trying desperately to find a quite place to study when he(?) stumbles into the Ouran Host Club and knocks over a vase worth a million yen! The President decides that in order to pay of the debt he will work for the Host Club. Shortly after he notices Haruhi’s potential as a host and decides to make him a club member in order to pull in customers.

Throughout the episode you’ll notice certain moments where a lightbulb turns on for each of the host club members. It isn’t explained why until the very end of the episode when a lightbulb suddenly goes on for Tamaki (the president of the host club) and he finally realizes that Haruhi is actually… A girl. Of course hilarity and love must certainly follow.

So with that brief introduction I have three pretty good reasons why this show will never get old for me.

I have watched the anime and read the manga more times then I can count and each and every time I’ve laughed! Every episode and every volume has been laughing gold for me. I love the timing of the comedy and how the characters interact with each other. I also love how they are facial drawn. It really adds to the humor of the show.

She has got to be one of my favorite female leads. I love her nonchalant, slightly sassy, and definitely sarcastic attitude. I really do find her to be a unique character in anime/manga. She’s not really your typical romantic love interest and I find it really funny when they break the fourth wall and call her out on it. True to her character she’s basically like, “Meeeh. I don’t care. This is what you’re getting.” Love it.

Something I really liked about this anime is that even though it was really funny each character had a backstory that related to the shows progression. The storyline keeps me really interested and I loved watching the characters grow. OHSHC only ran for one season (26 episodes) and didn’t cover the entire manga, the storyline was so good I ended up buying all the volumes though! I had to know how everything ended.

Now the last episode didn’t end on a complete cliffhanger or anything like that, you have a general idea of what is coming but nothing is set in stone and I wanted to know exactly how everyone’s lives progressed. Just for the record, the manga is awesome. Eighteen volumes and worth every cent I tell you! Oh and FYI there is a very big difference in the relationship between Tamaki and his father in the manga versus the anime so if you’re a fan of the anime I really recommend you read the manga.

In conclusion if you haven’t checked out Ouran High School Host Club yet you need to. You never know, it might end up being your new favorite show! Honestly just writing about it makes me want to rewatch it again! Will there be a OHSHC Revisited blog post in the future?

So what about you? What’s an anime you find yourself watching over and over again?

20 thoughts on “Anime That Never Gets Old? Welcome Princess To…”