This review was originally just going to focus on Too Faced’s mascara Better Than False Lashes Extreme but it ended up becoming a joint review with Too Faced’s Better Than Sex mascara tagging along. How did this happen. Well, let me take you on a small walk down the life that is me.

It all started when I decided to update my mascara. I had previously been using e.l.f’s Lash Extending mascara and I decided it was time for an upgrade. If you’re on a budget and want to go cruelty-free this is a pretty safe bet at $3.00. That being said it is also made in China so the cheap cost comes with some serious ethical questions on human labor.

If you are new to the site I’ll just quickly fill you in that one of my life goals is to be a more conscious consumer. I am trying my best to eliminate products that are produced in areas where the workers are treated inhumanely by buying products made in countries with enforced fair labor laws (USA, Canada, etc). I am also not a fan of makeup/beauty products that are being tested on animals. So while e.l.f nails the whole cruelty-free towards animals criteria if fails at the cruelty-free towards humans goal.

I decided that if I was going to get a new mascara I would make sure that this time it nailed both points! In comes Too Faced! If you don’t have this brand on your go to list for makeup products you need to add it. Too Faced strikes a ten out of ten with me for its stance on being cruelty-free towards animals and humans (Too Faced products are made in the USA) and for their amazing products. 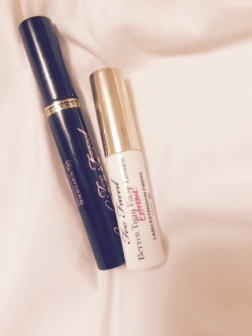 I really love the look of false lashes. Sadly for me my ability to put on false lashes is a little lacking. If I were to describe what it looks like when I do put them on I would have say the perfect mental image would be to imagine a t-rex wrestling a rapid bear while trying to wrap a present and getting tangled in the ribbon. That’s basically what I look like. It’s pretty sad.

So you can understand the draw for me. The beautiful look of false lashes without the pathetic struggle that is me applying them. I had to have it and the idea of Better Than False Lashes Extreme is actually pretty solid sounding.

First, you apply the mascara.

Second, you apply the fibers, which will stick to your first coat of mascara.

Third, you apply a second coat of mascara which will stick to the fibers causing a thicker eyelash look and build upon them causing more length.

I should’ve known it was to good to be true. The problem with Better Than False Lashes Extreme is that it is so damn clumpy. All of my lashes just sort of clumped together! It was not my favorite look let me tell you. I wore it a few different times just to get a feel for it and every time I ran into the same problem, just a clumpy mess. Tragic. I decided that I would just have to suck it up and pray to the makeup gods that with enough practice I would eventually be applying my falsies Jeffree Star style… flawlessly.

In the meantime I went back to Ulta and bought Too Faced’s Better Than Sex mascara, which did not disappoint! It is currently my favorite mascara to date. So it doesn’t give the exact thickness as a false lash, big deal! It is perfect for those times when I just don’t have the energy to wrestle with my false lashes. Better Than Sex mascara helps to create a beautiful lash without the clumps and I cannot wait for it to go waterproof! At $23.00 I believe it is worth every penny. Goes on smooth for a dramatic lash, is cruelty-free, and is made in the USA. What more could I hope for? 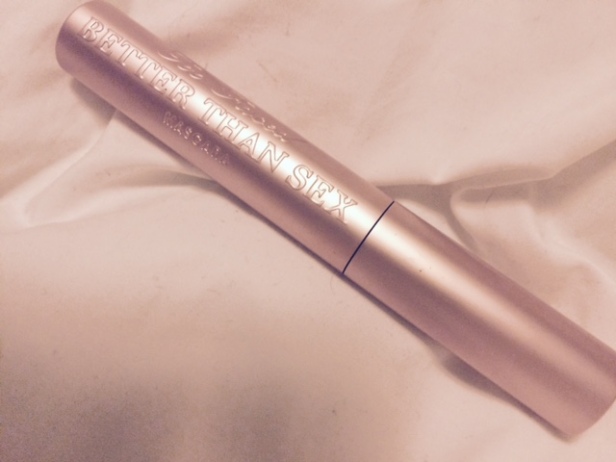